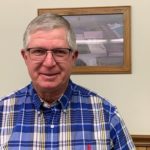 Board President
I have lived and farmed in Shadeland my entire life. I have been married to my wife, Donna, for 46 years and have two adult sons, and two granddaughters.

I was the assistant fire chief for the Shadeland Fire Department for 25 years and am currently the president of the Shadeland Town Board.
Contact Michael
Read Bio 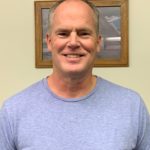 First Vice President
Husband and father of 5, along with 6 grandchildren, Tim has been living in Shadeland for 10 years, but involved with projects located in Shadeland for over 30 years. He is also the founder of TBIRD Design Services Corporation in March 2000 and he has over 35 years of engineering and construction background.
Contact Timothy
Read Bio 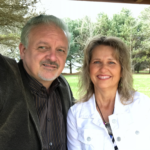 He earned his Masters of Science in Management from Indiana Wesleyan University along with his BSBA from Indiana Wesleyan University. He retired in 2015 as Project Manager from Caterpillar after 32 years. He served as a Pastor at Maple Grove Community Church in Kokomo from 2015-2019. He also is an Adjunct Facilitator at Ivy Tech College since 2015. 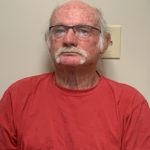 Member
David has lived in Shadeland since 1972. David and his wife of 53 years, Conny, have raised three children. He received a degree from Purdue University. David worked for the City of West Lafayette for 38 years under four mayors as Assistant Park Director, Street Commissioner and Town Manager. 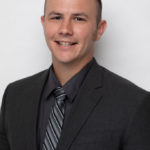 Council Member
Josh Shives is a community minded individual that makes giving back and positively contributing to his community a fundamental part of his day to day. He points his focus to long-lasting, local relationships rather than short term gain and lives by the philosophy of “be good to your community and your community will be good to you”.

Besides serving on the Shadeland Town Council, Area Plan Commission, and Parks Committee, Josh also actively sits on the Greater Lafayette United Way Community Investment Committee and Campaign Cabinet. He is a current member of the National Associations of Realtors and currently owns and operates a full service real estate brokerage.

Josh is an entrepreneur at heart and pours himself into many small businesses. When not working or serving the community, you’ll see Josh’s true passion, spending time with his wife and kids. He considers himself beyond blessed to be married to love of his life, Cassie Shives. Josh & Cassie have 3 beautiful children who are their everything. Josh believes there’s no better sound in this world than his children’s laughter.
Contact Josh
Read Bio 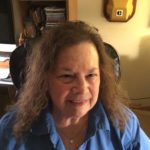 Council Member
Pam and her husband of nearly 50 years, Michael (Mike), moved to Shadeland in 1992. Mike’s 35 years at Caterpillar included 3 years living in Bangalore, India. While there, Pam, a teacher, did volunteer work in several schools, working with students and mentoring teachers, and was secretary of the Bangalore Overseas Women’s Club.

Starting a teaching career early by teaching piano while a high school and college student, Pam earned a B.A. in Elementary Education and a M.S. in Special Education from Bradley University in Peoria, Illinois.

Among the awards earned during teaching for 23 years, Pam received a Sagamore of the Wabash, the “Marquis Who’s Who Albert Nelson Lifetime Achievement Award,” Indiana Master Naturalist and was a graduate of Class #1 Leadership Lafayette. 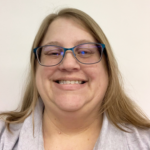 Clerk – Treasurer
I am a mother of four, grandmother of one. My husband Craig and I moved here in 2015, and absolutely love Shadeland.

I bring a background in auditing municipalities and subsequently a consultant for municipalities to the Clerk-Treasurer position. Having these backgrounds provides a unique set of skills to the position, and I am glad to be doing my part for our Town of Shadeland.

I also love crafting and am enjoying meeting others who share the love of crafting.
Contact Charlene
Read Bio

A History of Shadeland

The Quiatenon (Wea) tribes of the Miami branch of the Algonquin family of Native Americans are recorded as far back as 1702 to have lived, hunted and freely roamed the forests and plains of the Wabash River and Wea Creek.

In May of 1791 Brigadier General Charles Scott was ordered by Secretary of War General Knox to destroy the Indian population around the Wabash River, particularly near the French trading post known as Fort Quiatenon. On June 1, 1791, Scott was able to spot the Quiatenon from a high point known as Round Top, an area south of the river where there was a gap in the timber. (That bluff is now known as High Gap along Town Road 375 West.) After destroying as many Natives as he could find, Scott burned their crops and homes, thereby assuming any Indian left alive would leave the area.

Later in that year, Brigadier General Wilkerson proceeded to the area that General Scott had destroyed only to find the crops replanted and well established. This time 430 acres of crops and the entire village were burned, and the General returned to Washington again assuming this would stop the Quiatenons from fighting. Many Native Americans were relocated out of Indiana after the War of 1812, most during the infamous “Trail of Tears” marches of the 1830’s…

Joseph Hawkins and William Jones platted the area in the spring of 1824, prior to the formation of Tippecanoe County in 1826. They planted crops and built cabins, brought their families later that fall, and later erected a much-needed gristmill on the Wea Creek.

William Taylor brought his wife and eleven children from Virginia in 1828, and settled on purchased government land with plenty of timber. The wooded land reminded him of his eastern home, and he named the area Shadeland. After clearing the land and establishing good crops and some cattle, he began making bricks for his magnificent home, which still stands today at the corner of Town Roads 550 South and 150 West. His grandson, Bennett, built a grain elevator in 1901 known as Taylor Station on the line of the Louisville, New Albany, and Chicago Railroad. The elevator stayed in operation until 1975. Though parts of it were bulldozed in May of 1975, some of the station is still standing in ruins.

James and Suzanna Hawkins, one of the area’s original Quaker families, built Shadeland Farms along the rich land between the Wea Creek and the Wabash River. They became famous for their cattle, and the site is still a local landmark, as is Taylor Station. The Hawkins’s were strong advocates against slavery, aiding in the Underground Railroad, as did all of the Society of Friends.

The first subscription school, which was later known as the Farmers Institute, was built in 1826 along the banks of Flint Creek. Five Quaker families, Joseph and Jane Hawkins, William and Mary Hollingsworth, with their brothers and sisters, settled the area, each acquiring 1,000 acres. They founded the Society of Friends and erected the area’s first church in 1827. Several schools, meeting houses and churches were built in Shadeland, Unionville and in the rural areas throughout the 1800’s, some of which are still used today., When Shadeland High School was opened in 1911, the Shadeland Farm School No. 1 and the Farmers Institute were closed down.

Union Township was formed in 1871 from portions of Fairfield, Randolph and Wayne Townships. The people of Union Township, mostly coming from strong agricultural backgrounds, had a reputation for being friendly and ready to help their neighbor. The Southern Pike, also known as the Lafayette-Attica Pike, roughly followed a pioneer trail, some of which is still visible. The road became State Road 25. Some small settlements and locally known areas, such as Wea Station, a siding along the Wabash Railroad and the fertile farmland in the central township know as Wea Plains, now exist in name only.

In recent history (1951), Indianapolis-based Eli Lilly & Company selected 400 acres between the Wea Creek and the Wabash River in Union Township to build their pharmaceutical laboratories. Today they are the town’s major employer and civic contributor.

In 1975, the old Shadeland High School became one of Tippecanoe County’s recreational centers after McCutcheon High School was opened, as the county consolidated its schools. On the verge of demolition in 1984, the building was turned over to the Union Township Recreation Board.
(Note – Effective January 1, 2000, Union Township turned over ownership of the recreation center to the Town of Shadeland, and was renamed Shadeland Community Center. See Parks and Recreation web page.)

On August 20, 1984, the Tippecanoe County Commissioners voted 2 to 1 to incorporate Union Township, to be known as the Town of Shadeland. To quote Robert McKee, county assessor and long-time resident of Shadeland, “The people want home rule. They want to determine their future.” (Note – as of December 31, 2002 Bob retired as Tippecanoe County Assessor, and was elected Union Township Trustee/Assessor, a position he held prior to being elected County Assessor.)

Residents had protested paying the Lafayette City bus tax, since the buses did not run in Shadeland. They felt they had been skipped over too many times when it came to deciding which roads to pave. Having certain areas annexed into Lafayette and/or being rezoned for development may have also been factors in the decision to incorporate. On November 5, 1984, an all volunteer (Republican) Town Board and Clerk-Treasurer were elected. After creating a rural incorporated area whose initiation required unique discussions in the statehouse for approval, on January 1, 1985, Shadeland became one of the largest towns in Indiana in terms of square miles.

In July of 2000 the Town purchased land with building on the southeast corner of SR 25 and Town Road 250 West. The building was remodeled, and lot was improved for the use of the town road department. This building was named the “Shadeland Annex”, and as of January 1, 2003, is also the location of the Union Township Trustee’s office. The area on the south side of the building is used as a “practice” soccer field (see Parks and Recreation web page).

On October 10, 2000, at the Shadeland Annex a dedication ceremony was held for a new emergency warning siren, donated by Eli Lilly Tippecanoe Labs.

Today, the 1,757 citizens (2020 census) of Shadeland are proud of the town’s progress in holding down taxes with 100% of its roads improved and paved. We have still been able to maintain a rural community while keeping a reputation as being a friendly town.

Questions or concerns for the Town Council?